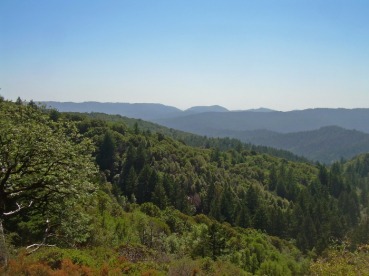 According to Frommer’s guide to California, the most beautiful ride to get to Santa Cruz is by way of San Francisco down Highway 1. We may have to do this drive in reverse as we are going to San Francisco after Santa Cruz, but we will have to make sure to check out “The Devil’s Slide” which is apparently a nerveracking part to this scenic highway and sounds like some thrill-seeking fun.
We’ll reach Santa Cruz by way of San Jose for the second half of our day. This liberal beach side city sounds like the perfect place to wrap up an afternoon. We may want to take a walk down to West Cliff Drive and see some surfers shredding waves at Steamer Lane as the sun sets, or head to Las Palmas Taco Bar which is said to be a local favorite since 1955. During the daylight hours we will definitely want to check out Henry Cowell Redwoods State Park and maybe even take a train ride through the forest, or take a dip at the swimming hole called the Garden of Eden. 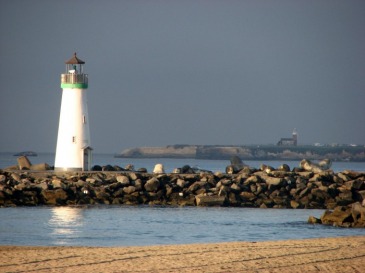 Santa Cruz is also the home to one of Tom’s favorite bands, STS9, though our chances of catching them while we’re in town are probably slim to none. I will certainly be pushing a little fun in the sun time at one of the many beaches, such as Bonny Doon, Pleasure Point Beach or even Twin Lakes State Beach (at right) where we can head over to a lovely bird sanctuary called Schwann Lagoon. After a little sunbathing, we may want to check out some of these other attractions. 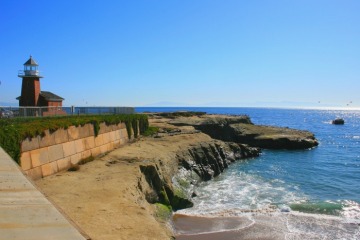