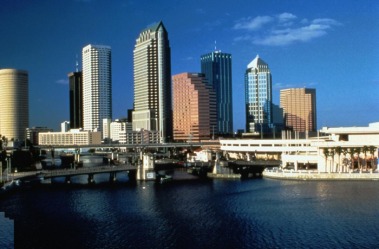 It's with a heavy heart that we begin to make our way out of the lovely state of Florida. On our way, we're hitting one last holdout before passing into Georgia, and that is Tampa.
This is a place with a sizeable suburban sprawl, neighbored closely by communities like Clearwater, St. Petersburg, Sarasota and more. The city itself is not among the largest in the country, but thanks to its neighboring cities, the whole metro area is quite an impressive stretch of land. But there is plenty to do within the boundaries of Tampa proper, like point and laugh at Tropicana Field, where the Phillies plowed over the Tampa Bay Rays for last year's World Series Championship. 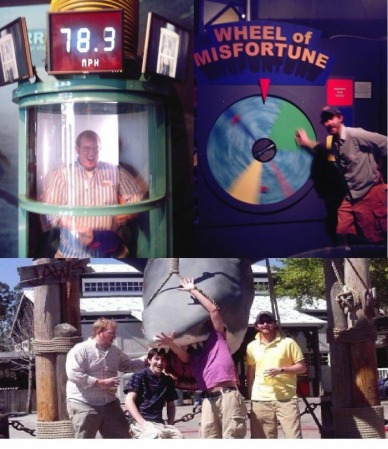 Of course, this is not my first time in town, as you'll see from the lovely photo montage on the right. I came down here with my friends Bill, Bean, George and George's girlfriend Lindsey during a spring break trip in 2007. We stayed at George's uncle's house, and frolicked around to a few nearby attractions but never went to single bar during our entire visit. Why, I have no idea.
But we did make it to some notable highlights. We saw the Phillies play a Grapefruit league game in Clearwater from about the eighth row behind home plate. We spent some time on a few local beaches. The two top photos are from a visit to the Museum of Science and Industry. Bill's on the left inside the wind tunnel, and that's George making the ridiculous decision to spin the wheel of misfortune. And at bottom, you'll see a photo from our visit to Universal Studios in nearby Orlando, where I was very unfortunately eaten by a shark. This ranks at the top of my list of theme park experiences, thanks to the many, many drinks I consumed between rides and in line. What a mess I was.
This time, there'll be no visit to Orlando, and sadly no Phillies in town for our viewing pleasure. But we've got all day here, and we've got some ideas for how to have a good time. Take a look. 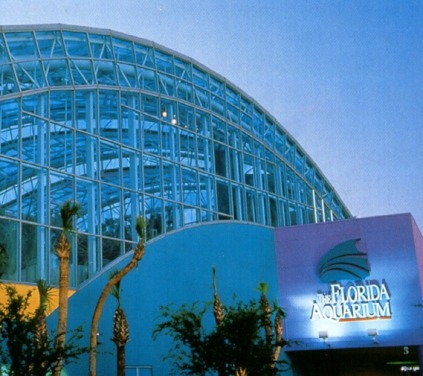 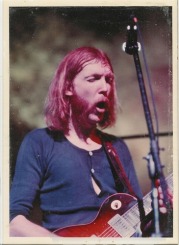