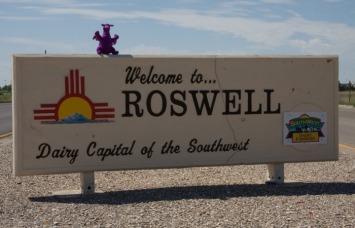 This little town in southeastern New Mexico would probably be nothing more than a drive-thru city, were it not for an unusual incident in July of 1947. A press release from the Roswell Army Air Field announced that a "flying disc" had been discovered, but was soon brushed under the carpet as merely a weather balloon. It was rumored, however, that an actual extraterrestrial encounter had taken place, only to be concealed from the public by the federal government. Since then, theories of a cover-up have transformed this town from a quiet dairy community into a somewhat bizarre tourist attraction, a part of the town's identity if only for lack of a better tourism draw.
Well, for us, it worked. We're driving through and we'd be fools not to get out and look around. But we'll be moving quickly, as Amarillo awaits and time's a-wastin'. Here's what we'll try to squeeze in. 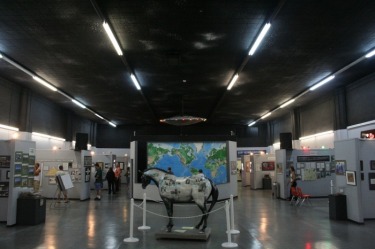