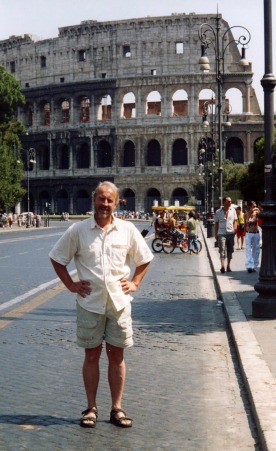 For three people immersing themselves in an adventure of sightseeing, camping and exploring nature, we could not have completed this trip without a stop to see my Uncle Bob and Aunt Arleen. These two have been the standard in my life for the most awesome stories and the most envious trips. The travel bug was passed to me through my paternal uncle’s travel genes, as well as through spending a childhood hearing about his amazing adventures. Here he is frolicking around the Coliseum in Rome. 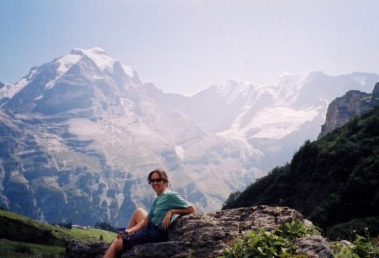 My uncle and aunt will be able to impart their wisdom to us on everything travel related. Aunt Arleen (shown here, in Switzerland) was a travel guide for hiking groups all over the world. She would read up on an area and then fly there and lead groups around the woods in some of the most beautiful places you can imagine.   Uncle Bob took a bus to Georgia and walked home on the Appalachian Trail, which totally blew my mind when I first heard about it. He found many travelers like himself and wrote us amazing letters detailing what it was like to connect with nature for over three months - a similar length to our own trip - though we’ll be using tires rather than legs, of course. The two have also hitchhiked to Alaska and worked in a fish cannery for a spell, as well as flying to Hawaii for my aunt’s travel organization, where they worked restaurant jobs and camped on the beach. Their independence and sense of adventure is nothing short of inspiring. 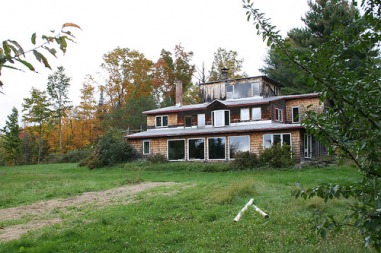 These family members of mine went up to Maine and built their own house at the beginning of their lives together. For the longest time, they went without indoor plumbing, a refrigerator, a TV or computer. They were truly living in harmony with the land, as their huge backyard is a vegetable garden of the most magnificent proportions. Recently they installed all of the modern comforts, and when someone in the family complained that it would not be the same, Uncle Bob told them to try it themselves for twenty years if they were so impressed. Though it's shorter than I would like, being with them for a day will rekindle our drive to make our adventure amazing, and us to to find all that is interesting and good in everything we see. 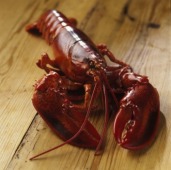