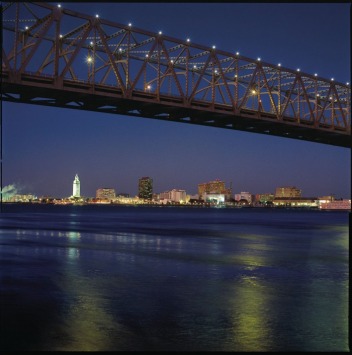 After soldiering through what will no doubt be an epic display of partying during a three-day weekend in New Orleans, we'll find ourselves oozing our way into nearby Baton Rouge with what I expect to be some terrific hangovers. Poor Baton Rouge, she's got to be used to it by now, having ol' N'Orleans steal her thunder.
It seems to be nothing more than an unfortunate case of little sister syndrome that Baton Rouge isn't more to us than a place to lay low after a long weekend. It would not be the city that it is without its strong influences from its nearby neighbor to the east; here, we'll find a deep cajun culture that can't be found anywhere else in the Gulf. 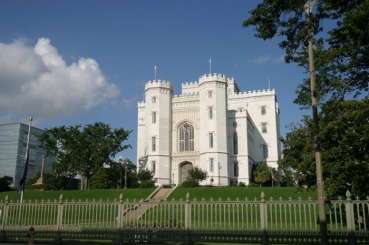 Facing so minimal a drive time - under an hour - I might be tempted to push for an easy night on the Saturday before we arrive here, which looks good on paper but sounds more and more unrealistic each time I roll it over my tongue. It's a shame, too, because this is another fantastic place to see some examples of vintage Louisiana architecture, like this ridiculous edifice shown here at right.
Had I visited this city five years ago, I'd have seen something very different than the Baton Rouge of today. But when tens of thousands of people abandoned New Orleans during Hurricane Katrina, many of them found sanctuary here, if only for a short time. It will be interesting to see what ways this sad memory makes itself known.
But we'll also be squeezing every bit of fun out of this city while we're around. Here's how. 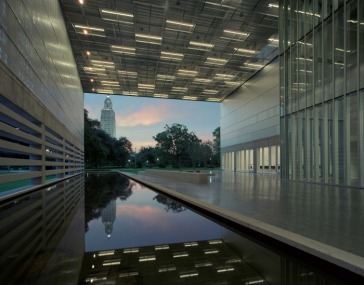 -Shaw Center for the Arts