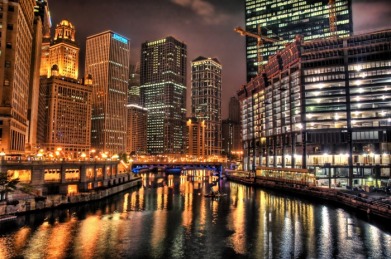 For us, Illinois is all about Chicago. The state, nicknamed the Land of Lincoln, consists of a vast area of country that we will unfortunately not be able to see. On our way in from Grand Rapids, we'll wind our way around Lake Michigan through Gary, Ind., spending two days in Chicago and then continuing northward to Milwaukee, Wis. We'll only be driving 40 miles of the most highly populated part of the state before we travel on, leaving out the world of forest and farmland that made our country what it is today.
For what? For Chicago, that's what. For the lights, the skyscrapers, the utter sprawl of this thriving metropolis, practically a midpoint between the glitz of New York and the gleam of Los Angeles. This is the centerpiece of urban life in the Midwest, brimming with fun and flavor that we intend to enjoy to its fullest degree. 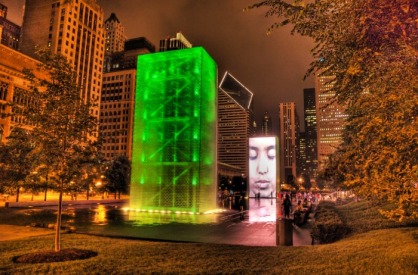 Here we'll find some of the most amazing pieces of architecture on the face of the planet, including the tallest building in the US, the Sears Tower. Apparently, building the biggest things wasn't quite enough, as Chicagoans have extended their love for buildings to include some wacky video displays, as you'll see here.
Apart from also being the home to one of the country's most trafficked airport in O'Hare, and to four of the six tallest buildings in the country, Chicago's history reaches back to offer some major moments in the growth of our nation. Most notably, this city was a hotbed of criminal activity during the 1920s and the days of Prohibition, as bootleggers ran alcohol on the streets and made a killing doing it. Today, alcohol is perfectly legal for a man of my age, and Chicago offers plenty of places where we can enjoy a casual drink or two. 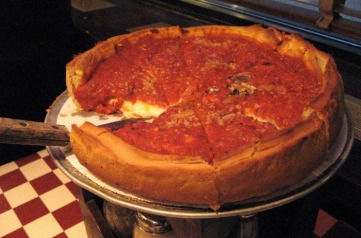 Why it is that Texas has a reputation for everything being bigger, and not Chicago, I have no idea. Because after we've wound our way through massive buildings and busy streets, we'll be going to extra lengths to enjoy some of Chicago's finest deep dish pizza. Unlike New York pizza, which is made thin for optimal folding power, Chicagoans make their pizza extra thick and extra tall. Good luck trying to fold this thing over. It more closely resembles a slice of cake than a slice of pizza as I've come to know it out here on the east coast. And it's available at an endless array of local pizzerias - I hear Giordano's (pictured here) leaves very few eaters unsatisfied.
I could go on and on. We're all biting our knuckles in anticipation of this magnificent city and all that it has to offer. Here's what we're most eager to find. 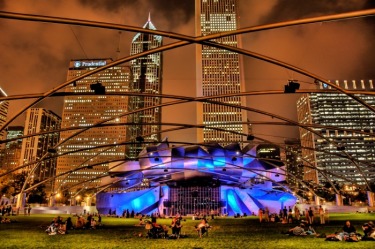 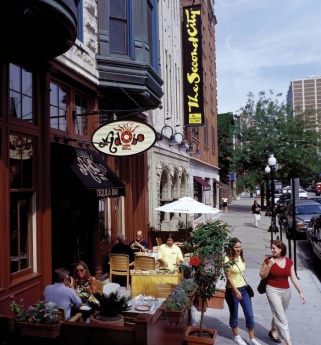 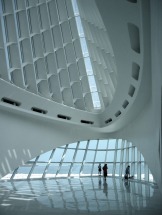