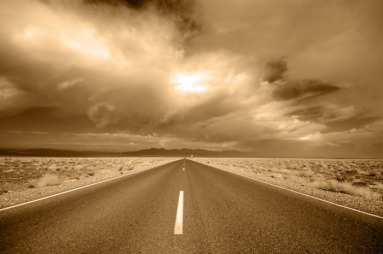 Death Valley has a trio of related features that set it apart from anywhere else in the U.S. It is the lowest, driest, and hottest. Really hot. This is a product of the heat being unable to escape due to surrounding mountains and low altitude—282 feet below sea level. The result is that there is a lot of atmospheric pressure (it’s really low, so there’s a lot of atmosphere above it), which pushes down on the hot air and keeps it in place. I frankly don’t see why the hot air doesn’t still rise above the cold air like it does everywhere else. Someone find me a scientist. 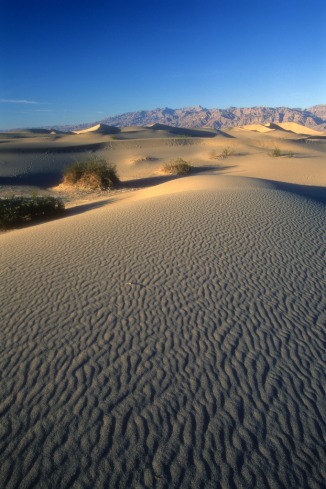 Anyway, the trapped heat creates wind currents along the ground, making even the shade hot. The highest recorded temperature here was 134 degrees, which is the highest recorded temperature in North America and only two degrees short of the world record. I’ll carry a thermometer and let you know how close to the record it is when we visit.
Thankfully, Death Valley National Park has more miles of road than any other national park, and my air conditioner was recently recharged. While driving around, we may get out of the car briefly to check out some of the unique plants (23 species that can not be found anywhere else) or animals (Death Valley is one of two places where you can see Bighorn Sheep). But believe you me, we will get back in the car very quickly.
As it is the summer, we will not be taking advantage of the campgrounds here, though I will be interested to see if anyone else is. Since we won’t be getting cell phone service, I will make sure to carry a spare tire and plenty—and I mean plenty—of water. It’s really hot out there.
If and when we do exit the vehicle, it'll be in carefully selected spots such as these. 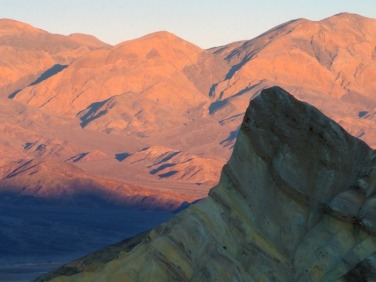 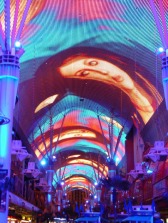