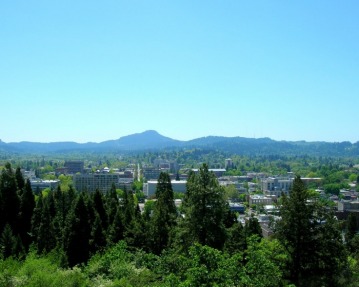 Eugene is called “The World’s Greatest City of the Arts and Outdoors,” and has plenty of parks and museums to prove it! Also known as “Track Town USA” and birthplace of the Nike Corporation, the folks in Eugene take their exercise seriously- almost every park boasts great paths for running and other recreational activities like bicycling, rafting and kayaking.
This city is filled with people who the three of us will feel akin to in that they wear tie-dye, hang around in the shade at the University of Oregon, and are generally a relaxed bunch who enjoy the natural beauty that surrounds their home. 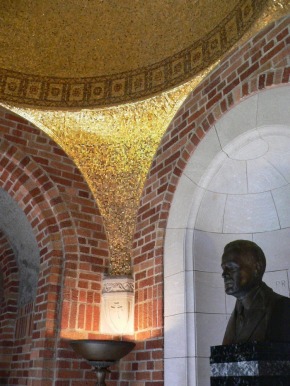 While we’re here we will want to check out everything that makes Eugene stand out as a unique Oregon town. The Jordan Schnitzer Museum of Art at U. of Oregon (at right) will be a great stop to see the hub of culture here, and the Owen Rose Garden will show us why Oregon is known for these flowers. There are a ton of parks and even a hot spring in one! We could wander around King Estate Winery, the Sea Lion Caves, look at the covered bridges and see a huge flea market called Picc-A- Dilly Flea Market that has been going strong since the 1970s. All in all our day here in Eugene should be a nice warm up for what Portland will be like and what our lives on the West Coast will encompass. Here are some of the things we might be doing while we’re here in Eugene. 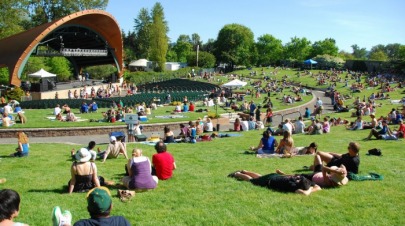 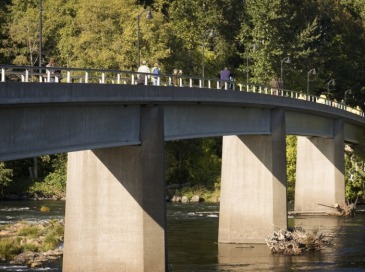 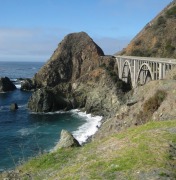