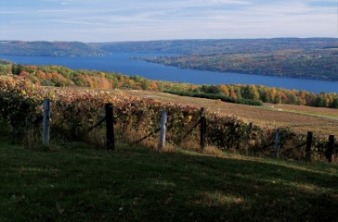 There's a New York I've met before, and another New York that is a complete stranger to me. The one that I've seen before is a sprawling metropolis, gleamy, artificial and overflowing with culture. But at this stage in the trip, we're venturing into one of the country's signature natural attractions, among the many small cities, lakes and forest that come together in upstate New York. 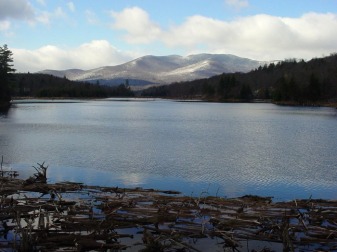 This leg of the trip is one for which I'm especially eager, for all the things we'll be able to see along the way. Once we leave Burlington, Vt., the natural (no pun intended) followup lies directly to the west, in the form of the Adirondack Park Preserve, home to mountains, hiking trails and all the leaves we can eat. Here would be a lovely opportunity to break out the camping equipment and take turns on bear watch all night long. 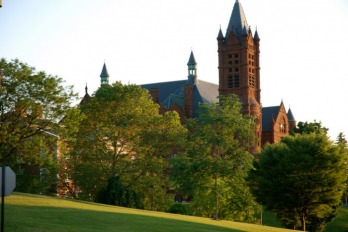 And as we progress further west across New York, we'll encounter an eclectic smattering of cultural outposts both small and medium. We'll arrive first at Syracuse, New York (at left), home to Syracuse University and the banks of the Onondaga Lake. From here, we've got a few college towns on our agenda, including a dip south to Ithaca for a visit to Barton Hall at Cornell University, the site of the Grateful Dead's most famous show (though not quite their best) back on May 8th, 1977. Ithica sends us further west to Watkins Glen to lay our eyes on the massive Watkins Glen International raceway, site of another very famous Dead show from July 28, 1973 (and perhaps even more famous, the phenomenal soundcheck from the night before). 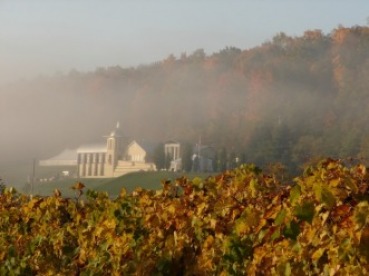 After Watkins Glen, a short drive southwest brings us to a town called Corning. This town, of which I knew nothing only a few weeks ago, is just a step off of our route, and apparently a fairly magnificent place to see. Among them, we'll find a wine trail along Keuka Lake, featuring nine different wineries and plenty of beautiful scenery (see photo). Then we'll head barreling northwest to Rochester for a visit to town and a glimpse of Lake Ontario - our first Great Lake encounter.
Lots to look forward to in the neck of the woods, including the woods themselves. Here are a few other activities we've got in mind. 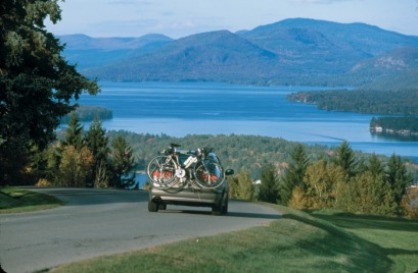 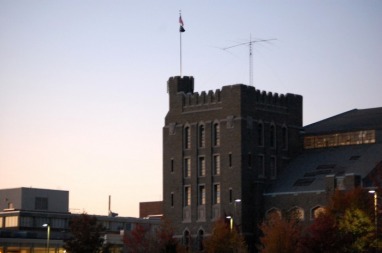 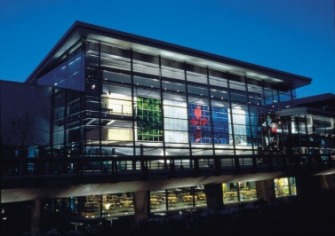 -Corning Museum of Glass (at left)