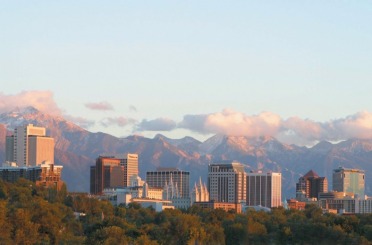 Culture shock is a feeling of uncertainty, mystery and curiosity that a traveler encounters when he or she arrives in a place that is different from any other in that person's experience. This is something I might expect to find wandering into a village in South America, or in the jungles of Africa, where civilization means something else entirely.
It's with little doubt that I anticipate a run with some culture shock when we roll into Salt Lake City from the north. This obscurely located outpost is in the deep reaches of Utah, founded over a century and a half ago by Joseph Smith and his Mormon followers. The city is still home to the church's headquarters, as well as a relatively high proportion of church members. This is going to be a new experience for me, and it'll be interesting to see how the faith plays into the culture of the city. 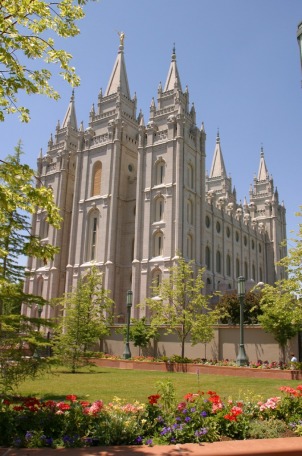 For sure, it plays into the architecture, as evidenced by the Salt Lake Temple (at right) in the center of town. I certainly expect some impressive sights like this all throughout the city, which was globally showcased during the 2002 Winter Olympics.
This city lies perfectly in our path between the two major attractions in the area for us - Yellowstone National Park and our extremely exciting Canyon Tour, which begins immediately after we depart from this city in the desert - leaving us with less than a full day to soak it in. We've got time for a short sprint around town to see the highlights, which will hopefully include a search for a liquor store. I can only imagine what a the inside of a Salt Lake City liquor store looks like.
With only a few hours to spare, here's what we'll do to discover Salt Lake City. 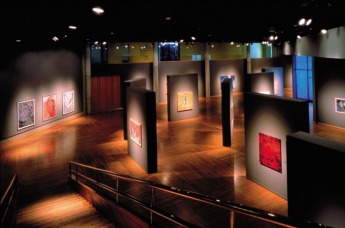