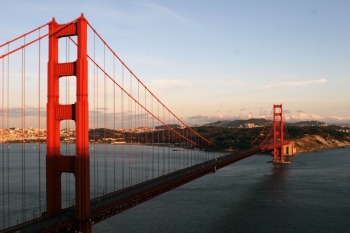 As I began discovering classic rock I heard more and more about San Francisco, California. I delved into Beat poetry and found still more about the distant city. San Francisco began seeming like the place hippies were born and rainbows grew in lush green fields near the sea.
In school we learned about the Westward Expansion; California was the grail, gold lured many to its borders. Sourdough bread was brought to the area by the prospectors and is still a city tradition today. Nowadays, the area has a much stronger Asian influence, as San Fran has seen its fair share of newcomers from across the sea. 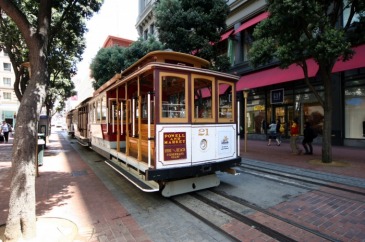 Surrounded by the shimmering waters of the Pacific Ocean to its west side and the San Francisco Bay to the north and east, this area rapidly grew in its early history with such players as Leland Stanford, Levi Strauss and Domingo Ghirardelli. The city bloomed as civil liberties battles were waged and gradually won.
Alcatraz sits as a concrete and cold steel reminder just off the shore like a sentinel; the waves crash against it like the fists of the prisoners that were once inside.
In our visit here we will want to take the ferry out to see this historic prison, walk down the twisting Lombard Street, take a ride on the trolley, eat some chocolate by the ocean and then some. 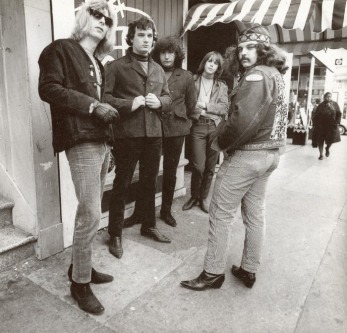 But permeating through every pore of this historic city, is music, which bears its own traditions begun and carried on through San Francisco. This city was the center of the hippie revolution and in turn, of many of its musical heroes.
The Grateful Dead (shown here) took up residency at 710 Ashbury Street in the Haight/Ashbury district during the 1960's, as they set the framework (or tore it apart) for a wildly prolific career of utterly brilliant live performances. Their influence, and that of artists like Janis Joplin, Jefferson Airplane, Quicksilver and many more helped to mold this colorful city into what it is today - no doubt an older, wiser version of what it once was. 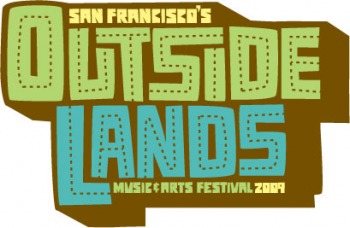 And as luck would have it, we'll be fortunate enough to enjoy the creation of three days worth of live music while we're right here in town, thanks to San Francisco's Outside Lands Festival. This event brings together an astonishing lineup of bands and musicians, right in the middle of Golden Gate Park for the second year in a row.
We bought our tickets within minutes of their availability, and while we're excited for the music, we're also excited to see the city itself during the less-impressive acts. Here are some of our anticipated highlights. 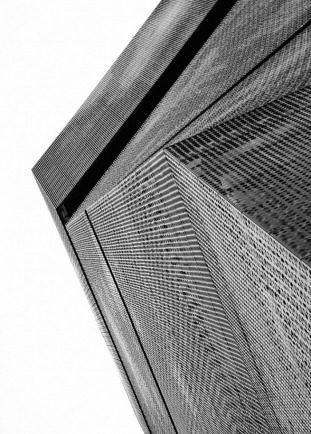 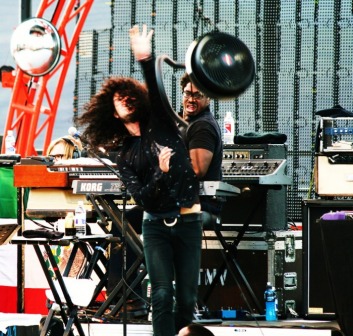 ...And a few highlights from the festival:

-The Mars Volta (at right)