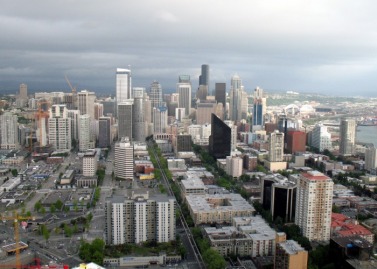 According to Frommer’s guide to Seattle, “this is a city that turned casual Fridays into a way of life,” so it sounds right up my alley already. The city is unfortunately known for its poor weather, but to counter the gray, gloomy skies, the good people apparently drink a lot of coffee to add a little pep to their step. When the sun shines people enjoy it though, they hit the trails, the shore lines, and look up at the beautiful views of the mountains. One mountain in particular that inspires a bit of hometown pride is the dormant volcano called Mount Rainier which sites quietly on the southeastern border. Hopefully the sky will be clear enough so we can see Mount Rainier as well as the Olympic Mountains across the Puget Sound when we’re here late in the summer. 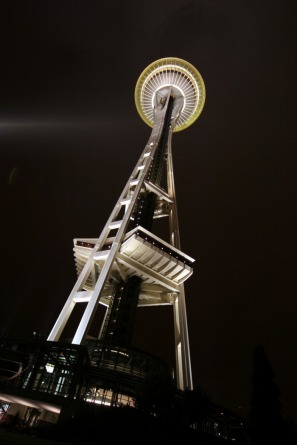 Bad weather aside, this town has a lot going on, so we will have a great time come rain or shine. We could take a ride on the Monorail through the EMP (Experience Music Project/Science Fiction Museum and Hall of Fame) and make it to the Space Needle (at right) in perfect time to watch the sunset from the very top. During the day we may venture out on a Brew Hop or, depending on the weather, we might go to one of the many parks such as Olympic Sculpture Park, or one of several other museums Seattle has to offer around town.
The weekend we arrive there will be a music festival Bumbershoot going on, so we'll see lots of smiling faces and hear some music floating through the air while we’re exploring. Here are some of the places we might be walking around to: 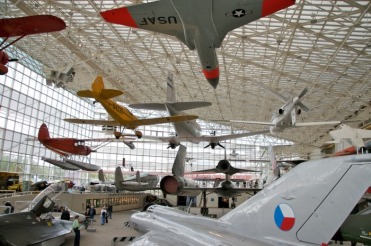 -Museum of Flight (at left)

-The Center for Wooden Boats 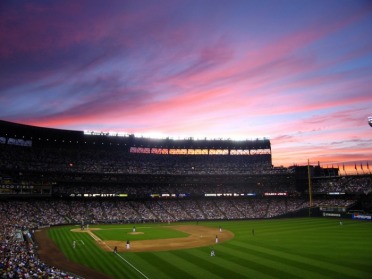