The ninth most populous city in the U.S and the capitol of Georgia, Atlanta will surely give us a fourth of July we won’t soon forget. It’s the exception to rule, an urban sprawl nestled snugly in the Deep South, like the tie dye shirt in the back of your sock drawer. 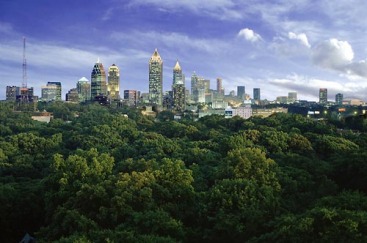 Atlanta is rich with history and culture dating back to the earliest settlers in America, carrying through the Civil Rights era, and on to hosting the Olympic Games in 1996. Atlanta has seen a little bit of it all and we look forward to exploring this city on Independence Day. While we’re here on the 4th we will have several fun events competing for our attention. We could check out the 49th Annual Salute 2 America Celebration at Lenox Square Mall where there will be performances by Ashton Shepherd, A1A, Party on the Moon, and Miss America as well as, of course, the fireworks display. 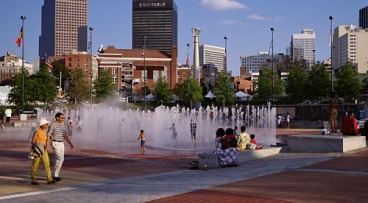 Centennial Olympic Park (at left) will host a Fourth of July filled with entertainment from morning till night. There will stilt walkers to boggle our minds, sun and relaxation on the Great Lawn and a chance to splash around in the Fountain of Rings. Live music will pull our attention from fun in the sun and keep us happy and dancing until the big show of fireworks synchronized with patriotic songs. Turner Field is also going to get in on the firework action with a post-game display. So like I said, lots to do to celebrate the 4th!
Hotlanta has more than just a 4th of July celebration though; here are some of the things we may be doing here aside from celebrating. 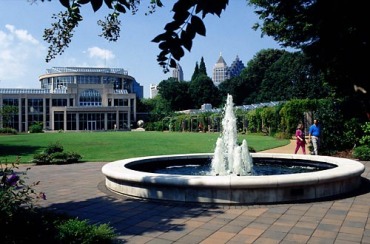 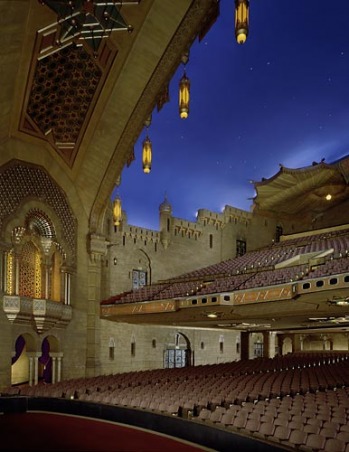 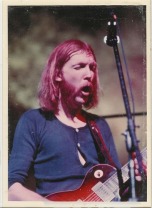 Next Stop: Birmingham, Ala.