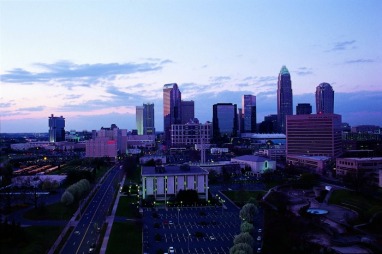 After a nature-loving jaunt through the mountains of eastern North Carolina, we do an about-face, trekking back west across the state and toward the Atlantic Ocean. But before we get there, we'll hit one of the largest cities in this section of the country, a mecca of American commercial activity in Charlotte, North Carolina.
This city is home to two major sports franchises, more than half a million people and the headquarters of several major banking centers. And though we're visiting in a summer following one of the nastiest years our economy has seen in recent memory, I don't doubt that this city will still be bustling with art, music and Carolina charm. And with weather like this, I bet we'll wonder why we hadn't come sooner. 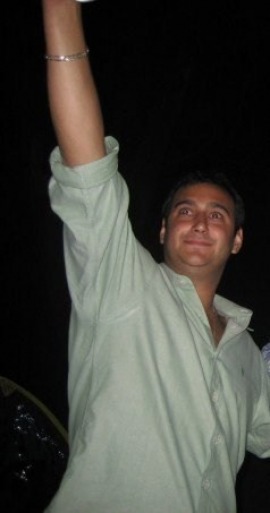 But more importantly, while we're in Charlotte, we'll be visiting with one of the more colorful figures I've come across in my days on this earth. At right, you'll see Greg, a handsome twenty-something fellow from our college days, born and raised in Dallas, Pa. Greg, Joey and I all lived on the same hall during our freshman year dorm days, and spent more than a few occasions raising a snifter or two together. The following year, the two of them joined the same fraternity, and lived together throughout college. It's been far too long since I came crashing through Greg's front door brndishing a case of beer over my head, and I very much look forward to doing just that when we hit this part of the country.
We will, however, be visiting during the week, and our good friend Greg will be off making his way in the world. In the meanwhile, we'll be making our way through his adopted hometown with gigantic smiles on our face. Here's a look at how we'll be spending our time. 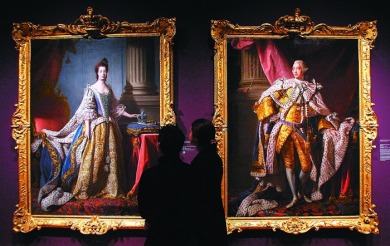 -Mint Museum of Art (at left) 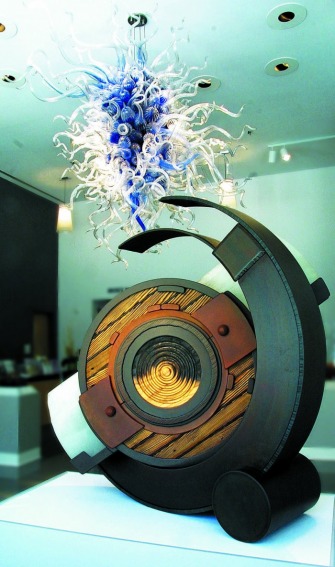 -Levine Museum of the New South 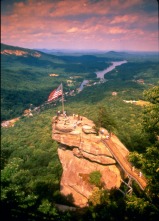