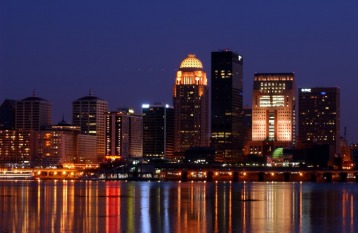 Louisville.  There are several ways to pronounce it—you can start the name with “Louie” “Lou” or a more traditional local version with a back-of-the throat “Lull.”  Either way you end with “-ville,” but absolutely do not pronounce the “S.”  I’m serious guys.
Let’s talk about burgoo, bats, and bourbon.
Burgoo is a stew made out of just about anything—as long as there’s meat, veggies, and some sort of thickener: a soup bone is traditional for this purpose but corn meal or flour will also do.  I especially like the idea of this stuff because of the opportunity for community.  For cookouts, it can be prepared in a sort-of potluck, where everyone brings an ingredient to be combined, cooked, and served. 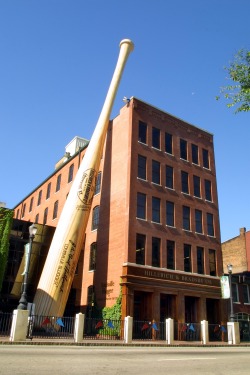 The Louisville slugger needs little introduction.  It is the most famous baseball bat in the world, and they have a really big one at the Louisville Slugger Museum & Factory (at right).  We’ll have to be sure to stop by for a photo op.
A full one third of all Bourbon (a corn whiskey aged in new charred oak barrels) is made in Louisville.  I’ll be sure to taste a few while we’re there, and put up some amateur tasting notes.  Add ice, mint, and sugar syrup and you have a Mint Julep, the traditional drink of the Kentucky derby, the most exciting two minutes in sports which is also located in (you guessed it) Louisville. 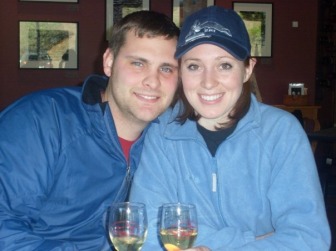 While here, we’ll be thankful for the free lodging and shower at my cousin, Derek and Lauren (shown here).  She will be staying up with us and drinking instead of resting up for work.
Otherwise, here's what we can do while we're scurrying through town. 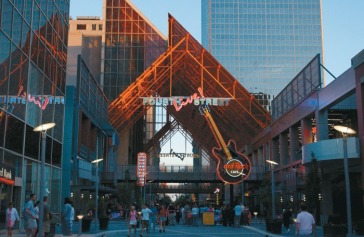 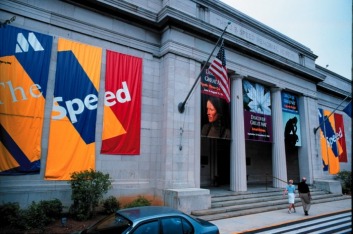 -Kentucky Center for the Performing Arts