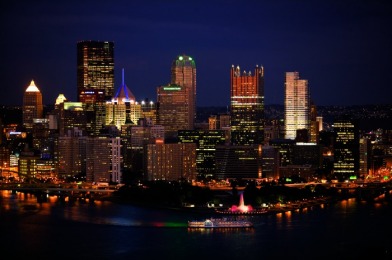 Several weeks into our excursion, all of a sudden we'll find ourselves back in Pennsylvania again. By name, it may be a part of the same state that played set and setting to the first 24 years of my life - but it's a world away from the Philadelphia suburbs.
The commonwealth of Pennsylvania is very unique in its geography, in that Philadelphia is on the east side, Pittsburgh on the west, and a long-lost section of Kentucky lies smack in the middle. They are all very different in their history and traditions, and this will mark my first somewhat prolonged visit to this second-best city. 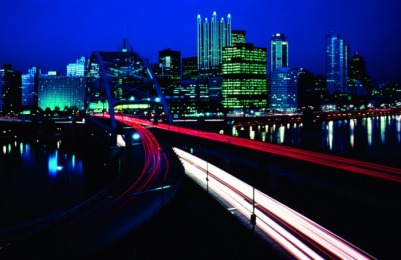 Ahh, no hard feelings. After all, Joey's father calls this city his home, which I suppose makes Pittsburgh something of a home turf for Joey. And with the two days we'll spend here in town, we'll have plenty of time to enjoy the many ins and outs of the Steel City.
I might also note that Pittsburgh is roughly the same distance from my alma mater, Susquehanna University, as is my sweet home Conshohocken. So I wouldn't rule out a chance encounter with some drinking buddies.
But we'll cross that bridge (get it?) when we come to it. For now, check out what's catching our eye about this city. 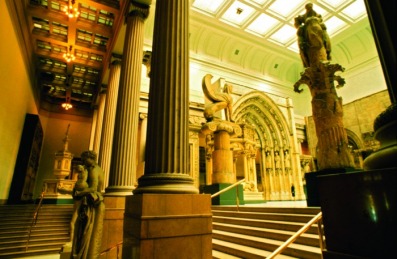 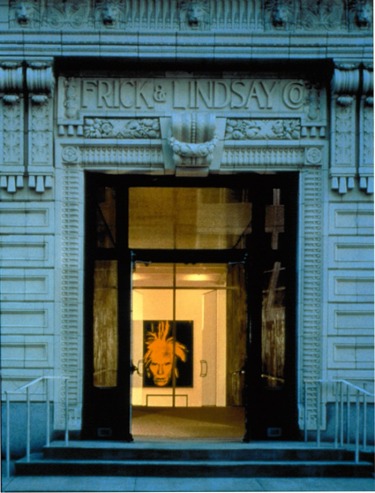 -The Warhol (at right)

-Hiking on the Montour Trail

-Live music at the Rex Theater